How to find out if Intel VT-x or AMD-V Virtualization Technology is supported in Windows 10, Windows 8, Windows Vista or Windows 7 machine

Are you interested in Virtual Machines, Virtualization, Hypervisor, whatever name you call it and not sure if your Windows box supports Intel VT-x or AMD-V? This post tell you how to find out for yourself.

But, first the big question:

Do you need Intel VT-x or AMD-V based CPU to run Virtual Machines?

The answer is both Yes and No. Intel VT-x or AMD-V capable processors have inbuilt set of processor instruction that can handle virtualization effectively. To be able to use these instruction, they need to be enabled in BIOS. By default they are not enabled. Some say that enabling virtualization in BIOS slows down the performance of the CPU. But these days, the lag is hardly noticeable. My experience is that, enabling Inter VT or AMD-V did not slow down the performance of my computer.

How to check if your CPU has Intel VT-x or AMD-V?

You can check if your CPU has virtualization technology or not right from within Windows OS. All you have to do is to boot your computer if you have not done it already and follow any of the below methods. 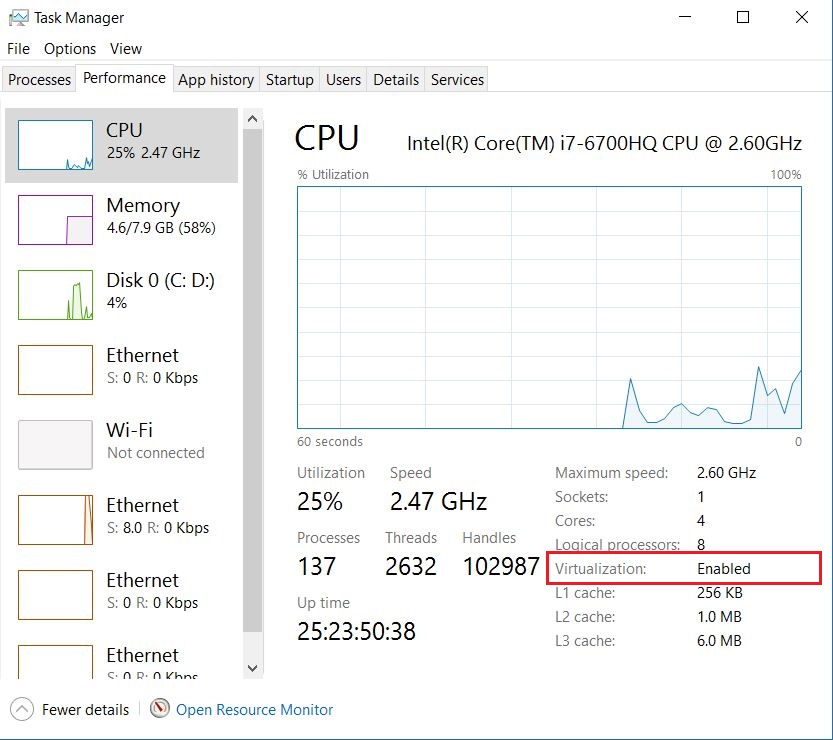 Third method – Use third party utility such as securAble

You can download a utility called SecurAble . This is pretty old software but still it works. It works for both Intel and AMD CPU. All you have to do is to download and run this application. Below screenshot shown you result when you run this utility. If you see hardware virtualization as Yes, it mean that you CPU supports Virtualization. 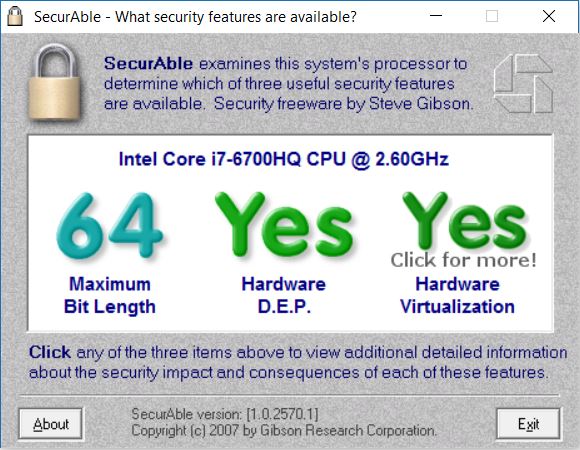 Fourth method- Use utility tool provided by Intel or AMD

Intel and AMD provide their own utility which you will have to download and Run. One you run it, the result dialog box will have an entry for Vitalization. Below is the link for the utility tool for Intel and AMD and their corresponding result screenshot when you run it.

If you have Windows 7 or Vista, Microsoft provides a utility tool called Microsoft® Hardware-Assisted Virtualization Detection Tool to check if your CPU supports Hyper-V, which is a Virtualization software from Microsoft provided for free in Windows pro and above versions. Hyper-V is Microsoft’s alternate to VMware Workstation or Oracle’s Virtual Box. Download this tool (havdetectiontool.exe) and Run it. If you see something like the below screenshot, it means that your processor supports Virtualization. 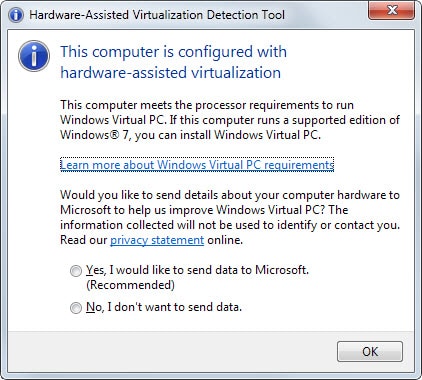 Previous Post: What is Visual C++ Redistributable Package and how to Install, Uninstall or Reinstall in Windows 10

Next Post: Step by step guide to enable Virtualization – Intel VT-x or AMD-V in BIOS or UEFI in Windows 10 and Windows 8